I suspect that one of the reasons so many beginning writers fail to think of and use transitional devices between sentences and paragraphs is that they are wrapped up in the story they’re writing, and the story is very clear to them. They fail to take the reader’s needs into consideration — not because they’re inconsiderate people, but because they haven’t yet internalized the need to build bridges that will help the reader follow  the story.

A primary need of readers is to know where the characters are within the story and when the events are taking place. When asked to read somebody else’s writing and comment on it (critique it), perhaps the most common question readers ask of the writer is, Where are we in this scene? Are we still in the same location as in the previous paragraph? Or have we moved to another location? Because, Writer, this suddenly isn’t making sense. I don’t know where the characters are.

The other very common question readers ask is: When? When is this action happening? The same time as the previous paragraph? Years earlier? In the future? Readers can become quickly disoriented and not know where they are in time. The writer knows: but she hasn’t clued the reader in on when the action is taking place. Or took place. Or might take place in the future.

Readers stumble when the written words don’t make it clear that a time shift or location shift occurred between the previous paragraph and the current one. This is why transitional words are critical: they help readers move through the story, just as a bridge helps people get from one side of a river to the other.

Transitional words aren’t limited to showing where or when. They can show contradiction, agreement, cause, conclusion, sequence, and many other relationships. Nor are such words limited to transitions within and between sentences: they are also needed in transitions between paragraphs. (Larger transitions, such as those between scenes or chapters, can be indicated by use of white space or a new chapter number.) Each transition serves as a bridge that carries the reader directly and safely from one thought to another . . . as opposed to sentences that contain no transitions, which require the reader to use slippery stepping-stones to reach the other side. 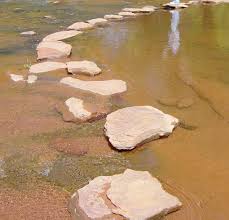 Some common transitional words are as follows: again, like, unlike and, but, also, then, besides, while, if, consequently, after, later, before, next, now.

Some common transitional phrases are these: in addition, in spite of, in contrast, different from, in order to, so long as, due to, for this reason, for instance, to repeat, as a result, as soon as, as long as.

In addition to using transitional words such as then, after, and while, a writer can build bridges of comprehension between sentences or paragraphs by repeating a word or phrase from the first sentence in the second one. Or from the first paragraph in the second one. Unlike transitional words or phrases, these bridges built through small repetition are practically invisible to the reader.

His next stop was Indianapolis, where he worked as a manuscript reader for Bobbs-Merrill and also wrote for Reader Magazine. At Bobbs-Merrill he met David Laurance Chambers, who would go on to direct the pubishing house through its most important years. Though it would provide him with a life-long connection to Bobbs-Merrill, Biggers’ stay in Indianapolis was short-lived, much as his Cleveland employment had been. In February of 1908 he moved to Boston, where he went to work for The Boston Traveller. 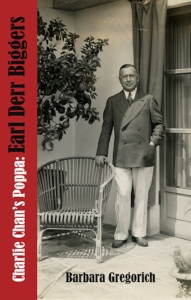 I hope you found that paragraph smooth reading: that is, you were able to follow what I was saying without difficulty. If you were aware of any transitional words or devices, it was probably a subliminal awareness: not an up-front, in-your-face awareness. That’s how transitional words and phrases should work: in the background, as an aid, not in the foreground commanding your attention.

Below is the same paragraph, this time with the small transitional words as well as the repeated words or phrases boldfaced, so you can see how they help lead a reader from the information in one sentence to the information in the next.

His next stop was Indianapolis, where he worked as a manuscript reader for Bobbs-Merrill and also wrote for Reader Magazine. At Bobbs-Merrill he met David Laurance Chambers, who would go on to direct the pubishing house through its most important years. Though it would provide him with a life-long connection to Bobbs-Merrill, Biggers’ stay in Indianapolis was short-lived, much as his Cleveland employment had been. In February of 1908 he moved to Boston, where he went to work for The Boston Traveller.

When you look at the big picture of what transitional words, phrases, and devices do, you see that, ultimately, they give a piece of writing a logical organization and a direction. And this is true whether the writing is fiction or nonfiction or poetry. Transitional words, phrases, and devices are bridges that help carry the reader from one idea or action to the next.

Earl Derr Biggers wrote many a wonderful aphorism for Charlie Chan. Unfortunately, none of these adages dealt with transitional devices. However, don’t let that stop you from reading Barbara Gregorich’s biography of Earl Derr Biggers, which is full of transitional words and phrases in the right places.

3 thoughts on “From Here to There: Transitional Devices”