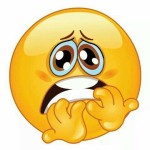 The apostrophe was used in French before it was used in English, and in French it was used to indicate an elision — one or more letters missing from a word. As in Let’s go to a movie, there’s a good one playing just down the street, and it’s been ages since we’ve eaten popcorn. During the 1500s learned Englishmen and Englishwomen imitated the French by importing the apostrophe to indicate elisions.

Eighteenth- and early nineteenth-century English was full of elisions. Think of any of Dickens’ novels. Or British mysteries, with words such as t’night and prob’ly. Some pages look as if a careless writer spilled a saltshaker of apostrophes over everything. Personally, I find too many such apostrophes intrusive to my reading experience. One or two per page, okay. Seven or eight . . . bothersome!

In addition to showing that some letters have been omitted, an apostrophe can also be used to show possession. Based on today’s evidence, I’m guessing that the apostrophe as a mark that shows possession will disappear from American English altogether.

Unlike the apostrophe, the slash mark travels under so many different names, I’m not sure it can be trusted. It can be called The Slash (/), the Forward Slash, the Solidus, or the Virgule. I wasn’t taught the slash mark when in high school, nor when in college, and for those reasons I tend to think of it as a modern punctuation mark — more recent, say, than the comma or colon or semicolon. 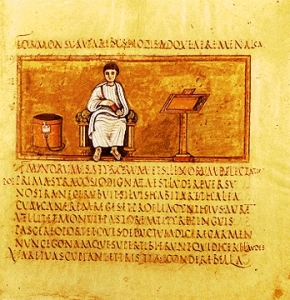 But I am wrong. The slash was used during the days of Ancient Rome, and it made its way into Middle Ages manuscripts, where one slash represented a comma and two slashes (how bold!) represented a dash. The two slashes eventually straightened themselves out to look like a modern-day equals sign (=), but that sign was still a dash, not a mathematical symbol. Eventually the two horizontal dashes (=) became a single dash, which we still use today

The basic purpose of the slash today is to indicate per, as in $500/week. It is often used to indicate alternatives, as in and/or, but books such as The Chicago Manual of Style suggest this expression be avoided because its meaning is unclear. Use the word and, use the word or, or rewrite the sentence another way.

My favorite use of the slash mark is to indicate line breaks in quoted poetry. To follow knowledge like a sinking star, / Beyond the utmost bound of human thought.

Unlike the slash mark, the colon has always impressed me as a straightforward punctuation mark, easily understood. (Much more so than the sneaky semicolon.)

Basically a colon is used to introduce a series, the items in the series being examples of the statement that comes in front of the colon. But the colon should not be used to create a list that is really the object of the verb. Here are two examples:

In the correct example, the pronoun these is the object of the verb include. So the first example is correct: the items after the colon rename, or serve as examples, of these.

The colon is an emphatic punctuation mark. Not as emphatic as the dash, but still, it commands one’s attention. A colon can be used between two independent clauses when the second clause explains the first, expands upon it, illustrates it, or paraphrases it.

Here’s a light-hearted piece I wrote one day after tasting a particularly assertive wasabi.

There is no wasabi in Barbara Gregorich’s Crossing the Skyway: Poems.