After She’s on First was published in 1987, I spent more than a year avoiding writing a nonfiction book on women who played baseball. Finally, toward the end of 1988, I decided I would write such a book. It would, I figured, take me a year to do all the research.

It took four years of daily research, travel, and interviews before I felt I had enough material to tell the story of 100 years of women playing baseball. In 1992 my agent sold my book proposal to Harcourt — and Harcourt gave me 92 days in which to write the manuscript.

After I wrote the manuscript, I wrote an article about the 92-day experience. “How I Wrote a Book in 92 Days” was published in the 1994 Writer’s Yearbook. I’m reprinting the article below.

Truth may not be stranger than fiction, but it certainly is faster. I needed two full years to write my first book, a novel about a female baseball player. Writing the novel led to what eventually became my fourth book, the real story of women who played baseball. After I developed a proposal for Women at Play: The Story of Women in Baseball, my agent submitted it.

On Sunday, July 12, 1992, my agent, Jane Jordan Browne, called from her office to say that a 19-page sample contract had arrived from Harcourt Brace Company via fax, and that while she was negotiating and modifying the contract, I should know that I had only until October 15, 1992, to write the manuscript. According to editor John Radziewicz, this was a “drop-dead” deadline.

Elated at the contract, but stunned by the deadline, I counted the squares on my wall calendar. Exactly ninety-five of them from Monday, July 13 through Thursday, October 15. But three of them were filled with day-long events, leaving me ninety-two days to write a 50,000-word book and collect at least fifty photographs of female baseball players.

No time to panic or complain. That very Sunday I sat down and figured it out, day by day. The 27 chapters listed in my proposal (each chapter containing two, three, or four sidebars) were organized into four sections, each with an introduction. Counting each introduction as a chapter, I had 31 chapters. This gave me a smidgen less than three days to write each chapter and its accompanying sidebars. That night I went to sleep knowing the next morning was critical: I would start off right and keep on schedule.

At 7:42 A.M. I face the computer and begin Chapter 2. (Chapter 1, the sample chapter of my book proposal, is written, so I’m three days ahead of schedule already!) Chapter 2 is the shortest in the book and I finish it by 7:30 P.M. of Day 1. Hot damn!

Later, I type a long list of possible photos and their probable sources for Sharon Johnson, a friend who works as my research assistant five hours a week.

Monday, July 20 , Day 7— Chapter 4 completed, I place it in a green file folder that I nestle into a bright yellow pocket folder. Four of the yellow pockets sit on a shelf, each representing one section of Women at Play. On the two shelves above the yellow pockets sit eight linear feet of folders stuffed with photocopies of old newspaper articles, letters, diaries, and notes from baseball books — the history of women in baseball, 1872 to the present, and the product of my research so far.

Tuesday, July 28 , Day 15 — After reading comments on Section One from Jane and from my husband, Phil Passen, I rewrite the six chapters and introduction. By 9:15 P.M., I’m printing out the last of the rewritten chapters and am an amazing six days ahead of schedule.

Wednesday, August 12 , Day 30— Late in the evening I finish Chapter 10. The sidebars are fun: I write them first because they serve as a warmup to the chapter.

But Section Two is turning out longer than I thought. Worried about keeping the manuscript to a reasonable size, I consider deleting a chapter from Section Three and another from Section Four. I make no decision. 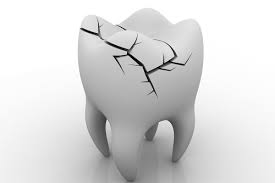 Tuesday, August 18 , Day 36 — At 7:00 A.M. I launch into the introduction for Section Two. Around 11:30, I break for lunch. As I’m eating a slice of pizza, I hear a loud Crack and feel something dreadfully wrong in my mouth.

I have broken my upper left bicuspid (tooth number twelve, I later learn). Some pain, but not much. Returning to the computer, I finish writing the introduction. I work until 2:00, as scheduled. At 2:01 I call the dentist, who tells me to come in at 4:30.

Saturday, August 22 — Today doesn’t count: it’s the third of the Chicago White Sox 1992 seminars on women in baseball and I’m one of the speakers. Phil’s birthday is August 24, but we go out to celebrate tonight. It feels wonderful to have a whole day off.

Monday, August 24 , Day 41 — At approximately 9:30 P.M., as we’re lying in bed, we hear a strange sound — thousands of gallons of water rushing down the heating-cooling duct that runs behind my desk and in front of my fax machine.

Water flows down the walls: in the office, the bedroom, the baths, and the foyer. Working frantically, we move machines and boxes off the floor and out of my office. We sling old towels on the sodden carpeting and stomp on them: they turn yellowish-green from the coolant-filled water. A condo maintenance person with a wet vac arrives around 11:30 and begins extracting water. He informs us that a coupling in the air conditioning pipes broke in the unit above us.

Wednesday, August 26 — This is not a writing day. Sharon and I meet for breakfast and she shows me photos of female ballplayers. We then drive to Rockford, Illinois, where we read 1943-54 microfilmed newspaper articles on the Rockford Peaches of the All-American Girls Baseball League. Exhausted, we drive home.

The carpet cleaners have come and gone, leaving disinfected carpet and three huge blower fans in their wake. Unfortunately, they have also stacked bookcases, chairs, and boxes of computer paper in the kitchen. Phil is out of town. I spend 45 minutes hauling boxes and bookcases out of the kitchen.

It will be a miracle if I finish writing Section Three on time.

Monday, August 31, Day 47 — I now see that two of the final six chapters won’t work. Rewriting my outline, I end up with 25 chapters instead of 27, the two former chapters becoming sidebars. I feel confident that the final outline works. In addition, it makes up for some of my lost time. In the evening I begin to write Chapter 13.

Tuesday, September 8, Day 55— Tackling Chapter 16, I recognize that in order to finish the manuscript on time, I must spend more hours of the day writing. Reluctantly I jettison exercising and cooking dinner.

Civility is the next to go. When telephone solicitors call and ask how I am, I growl, “Call me after October 15” into the phone and hang up.

Wednesday, September 16, Day 63— Chapter 18 is looking good, but lack of exercise is making me tired. I’m sick of home-delivery food. Sharon started medical-technician school full-time yesterday and tells me that she can’t even make phone calls while at school. It appears that I’ll have to finish the remaining photo research by myself.

Despite everything, I wake up eager to write. The good feeling usually vanishes by 4:30 P.M. — then resolve alone keeps me going.

Wednesday, September 30, Day 77— The home stretch. I confront Chapter 22. Every day I spend two hours making calls to procure photos. Instead of filing each piece of paper as it crosses my desk, I toss everything into a huge cardboard box. Come October 16, I’ll regret the mess I’ve created, but right now I’m probably gaining 20 or 30 minutes of writing time a day.

Wednesday, October 14, Day 91— Adrenalin kicks in. I write the introduction to Section Four and then rewrite it. In the evening I curl up on the couch with Chapters 22-25 and go through them with a red pen, making changes.

Thursday, October 15, Day 92— I start work at 6:30 A.M. Five hours later, the last rewritten chapter curls out from the printer. I’m euphoric. I call Jane to tell her I finished. I’m on a roll. I call John to tell him I finished and the final section is on its way via Federal Express.

It would be comforting to think that my 92-day writing marathon, replete with minor and major catastrophes, is an abnormality, something that won’t happen again. And frankly, if I stick to writing fiction, it may not. The truth is, however, that the writing of truth is changing.

Thanks to new computer technology allowing for use of the author’s “captured keystrokes” and for design of the book and production of page proofs in a matter of days, and thanks to the competitiveness of the market place on hot topics, more and more nonfiction books will be produced in a shorter time. Under such circumstances, publishers want the author to write the book in less than a year — in three months, even.

I was able to meet my “drop-dead” deadline and live to tell about it, but only because I developed a schedule that put me on track to complete specific chapters by specific dates. Writing to schedule made me write faster and produce more. When really pressed, I was able to write a chapter in two days and, on two occasions, one day. As a result, I was able to complete a book I had spent years researching. Sort of like a utility player who, when called in to play shortstop during a crucial game, comes through because she knows the fundamentals — and applies them.

In August 2016 Barbara Gregorich donated her thousands of pages of research materials to the National Baseball Hall of Fame in Cooperstown. But many of the notes are available in book form, in Research Notes for Women at Play: The Story of Women in Baseball — Volume 1, Volume 2, and Volume 3.