The sentence is the basic unit of communication. Not the word. Not the paragraph. Not the chapter. It’s the sentence that expresses meaning. Some meanings are simple, others complex. If you want to express different relationships and different levels of meaning, you need to use more than one type of sentence.

If you want to write well — to have readers enjoy the content, cadence, and meaning of what you’re saying — you will most likely end up using each of the sentence types, as circumstances require.

Here are the four types of sentences in English, with an example of each. The first example is from my mystery novel, Sound Proof, which is written in the first-person point of view. After the first example I have fun with the original sentence in order to create other types.

Simple Sentence — Single subject and single predicate. The two sentences below are each simple sentences. Richard is a 600-pound pet pig who plays a role in the mystery. The speaker is my detective hero, Frank Dragovic. He’s speaking to music-festival owner Mary Ployd, who also happens to own Richard.

“I’ve seen Richard. He could destroy an entire building.”

I saw Richard, I heard his grunts, and I smelled his sty. Mary asked me to repair the missing boards, but entering the sty and doing so would make me indistinguishable from Richard, smell-wise. 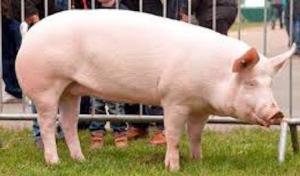 After I caught a whiff of Richard’s sty, I realized how unpleasant my carpentry job was becoming. Carpentry work was keeping me from investigating the instrument thefts, which could be deliberate on Mary’s part.

Carpentry work was keeping me from investigating the instrument thefts, which could be deliberate on Mary’s part, but I thought she wanted the thefts solved and the thief barred from the festival . . . unless she herself had stolen the guitar and the mountain dulcimer.

If you want to write clear prose that is also interesting prose, know your sentence types and use the type that the situation requires.

Barbara Gregorich explores both pigs and sentence types in Guide to Writing the Mystery Novel: Lots of Examples, Plus Dead Bodies.