Earl Derr Biggers, creator of Charlie Chan (novels, not movies!) published his first mystery, The House Without a Key, in 1925, and the sixth and final Chan novel, Keeper of the Keys, in 1932. Biggers’ Chan novels fit perfectly into the Golden Age. Like some of Christie’s Poirot novels, they’re set in exotic places. They often contain an element of romance. And, the crime is cleverly planned, in keeping with the Golden Age tradition. Only careful observation of everything and everybody leads Chan to the solution.

My mother was a fan of Erle Stanley Gardner, who created lawyer Perry Mason and published The Case of the Velvet Claws in 1933. Between 1933 and 1973, forty-six Perry Mason novels were published, the titles all starting with The Case of the. I read maybe a dozen of these. After a while they all seemed alike to me — though I did enjoy the way each novel ended with a courtroom scene in which Mason exposed the murderer. I think that Gardner was particularly good at such endings because he himself was a practicing attorney.

Rex Stout’s Nero Wolfe books are one of my favorite mystery series. Individual titles that I regard with admiration are The Red Box, Too Many Cooks, Some Buried Caesar (love it!), Too Many Women, In the Best Families, and A Family Affair. And although The Black Mountain isn’t one of my favorites, I do love the fact that it takes place in Montenegro and that Archie and Nero must hide in a haystack.

Stout published the first Nero Wolfe novel, Fer-de-Lance, in 1934, so he falls directly into the Golden Age of mystery. He published his last, A Family Affair, in 1975. Even though he started writing during the Golden Age, wrote throughout the hard-boiled age, and even into the modern age, Stout wrote short, clever-solution stories in which most of the characters were two-dimensional. I think of him as a classic Golden Age writer who just kept on producing.

Dashiell Hammett wrote during mystery’s Golden Age, but he represents the beginning of a new style of mystery — the hard-boiled — and is decidedly not part of the Golden Age “style.” Hammett’s most famous novel, The Maltese Falcon (1930), carried on the hard-boiled detective type he had created in his first novel, Red Harvest. The detective in Red Harvest is called the Continental Op, named after the agency he works for. The detective in the second is Sam Spade. Hammett is considered a great mystery writer, credited with creating the hard-boiled detective and an “American style” mystery with three-dimensional characters and gritty details.

The hard-boiled detective novel dominated the 1940s. Raymond Chandler’s hero, Philip Marlowe, was first introduced in The Big Sleep in 1939. With imperialist nations on the verge of a second World War, the intellectual mysteries so prominent during the Golden Age gave way to a more realistic, more hardened type of detective fiction. And this fiction would begin to approach mainstream fiction in its concern with plot, character, setting, motivation, and theme. Chandler’s The Big Sleep, for example, was considered by many critics to be a mainstream novel that just happened to be a mystery. Mysteries of the Golden Age, on the other hand, confined themselves to being short, focused works. The writers of hard-boiled mysteries paved the way for modern mysteries of the 1970s through today. 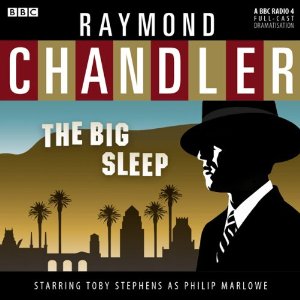 The downside (it’s a downside for me, though I don’t know if it’s a downside for others) is that the modern way of emotional involvement with detective heroes seems to be to load them down with baggage — ex-lovers, murdered children, murdered spouses, — that follows them from book to book like the black cloud follows Joe Btfsplk. After a while this gets tedious. Very tedious. That’s when I turn to the Golden Age Hercule and Charlie and Nero for a breath of fresh air, a shouldering of responsibilities without focusing on the baggage.

As a modern-day mystery writer, I’m strong on emotional involvement. But I’m equally strong on intellectual involvement, and I especially value the classic elements of Golden Age fiction, such as the use of small clues sprinkled throughout (playing fair with the reader) and the revelation of the “least likely” villain in such a way that it all makes sense at the end. In Sound Proof there isn’t a roundup of suspects as in a Golden Age, but rather a modern-day ending in which the detective and the murderer confront each other. My lifelong reading of mystery novels, about half of them Golden Age and half of them modern, helped me with all aspects of Sound Proof — but particularly with planting the clues.

Barbara Gregorich wanted to use a planting machine for the clues in Sound Proof, but couldn’t find one that worked. So she planted the clues herself.